The Lady Raiders got just enough offense to offset a solid Union County pitching performance to defeat the Lady Panthers, 3-0, in the early game at North Gwinnett.  North Forsyth rode the arm of Hailey Mize to a complete-game shutout to extend North’s record to 5-0.

Mize then got the excitement started in a rain-delayed second game against North Gwinnett with a three-run blast to give the Lady Raiders an early 3-0 lead against the Lady Bulldogs.  Abby Martin followed that up with a solo shot of her own as North jumped out to an early 4-0 lead after only a half an inning of play.  However, North Gwinnett stayed within arm’s length for the remainder of the game and finally struck for six runs in the bottom of the fourth putting the Lady Bulldogs ahead to stay, 9-6.  The game started at approximately 9:15 due to the weather delay, and the game was ultimately called after five innings due to the time.  North falls to 5-1 after the loss. 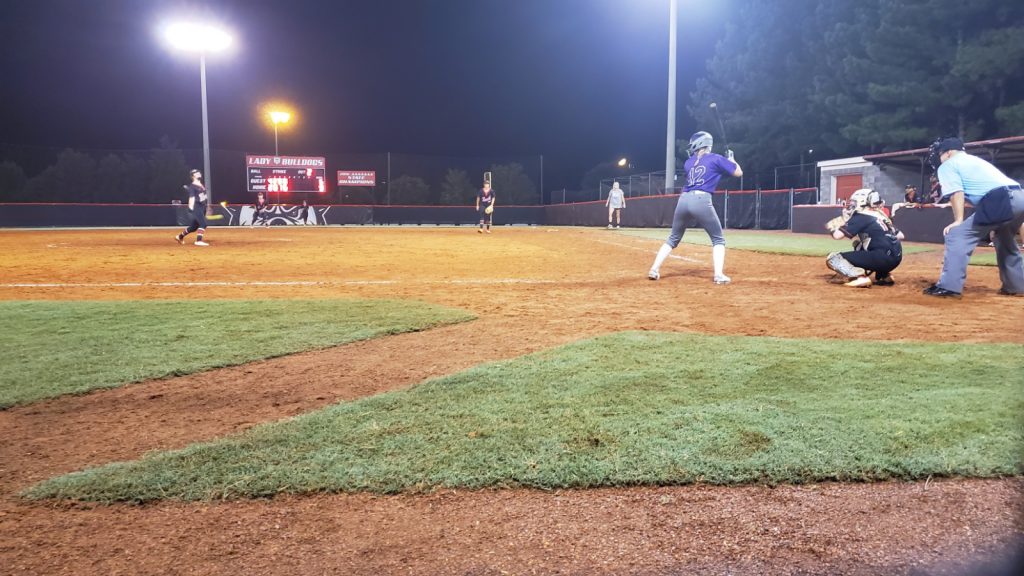 The Lady Raiders are back in action on Saturday morning at 9:00 AM at Flowery Branch as they will play another doubleheader.  The first game is against Jackson County, and the second game of the twin bill is against Harris County.