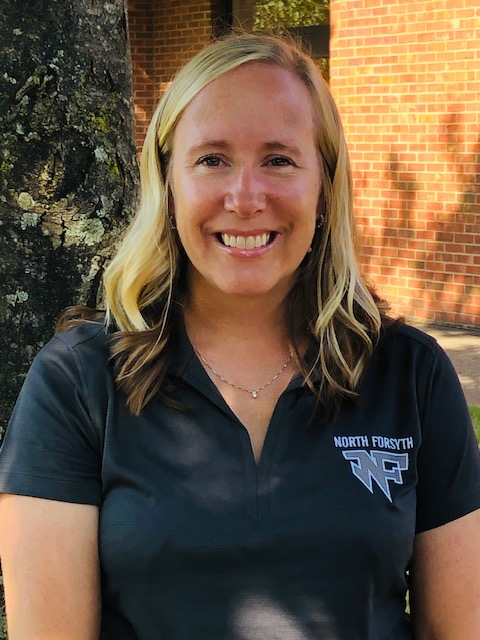 Coach Heidi Archer is a 14-year veteran cheer coach at the high school varsity sideline and competition levels with several regional wins and state placements.  She has coached in Colorado, Washington, and Florida prior to moving to Georgia.  She cheered competitively from 6th grade all the way through her college years at the University of Northern Colorado.

Coach Archer received her bachelor’s degree in 2003 from the University of Northern Colorado in Earth Sciences, participating in an oceanographic research study abroad program while there.  She received her master’s degree in teaching (secondary science) at the University of Puget Sound in 2006.  She teaches Chemistry and Oceanography here at North since moving here in 2017.

Heidi and her husband Ben have been married since 2003 and have 4 children, Emily, Sean, Cian, and Makenzie, who all are here on the Mountain in the North Cluster.  In addition to her love of cheer, she also is involved with a local equestrian team through WildeWood Farm, competing with her daughter Emily in various events locally.