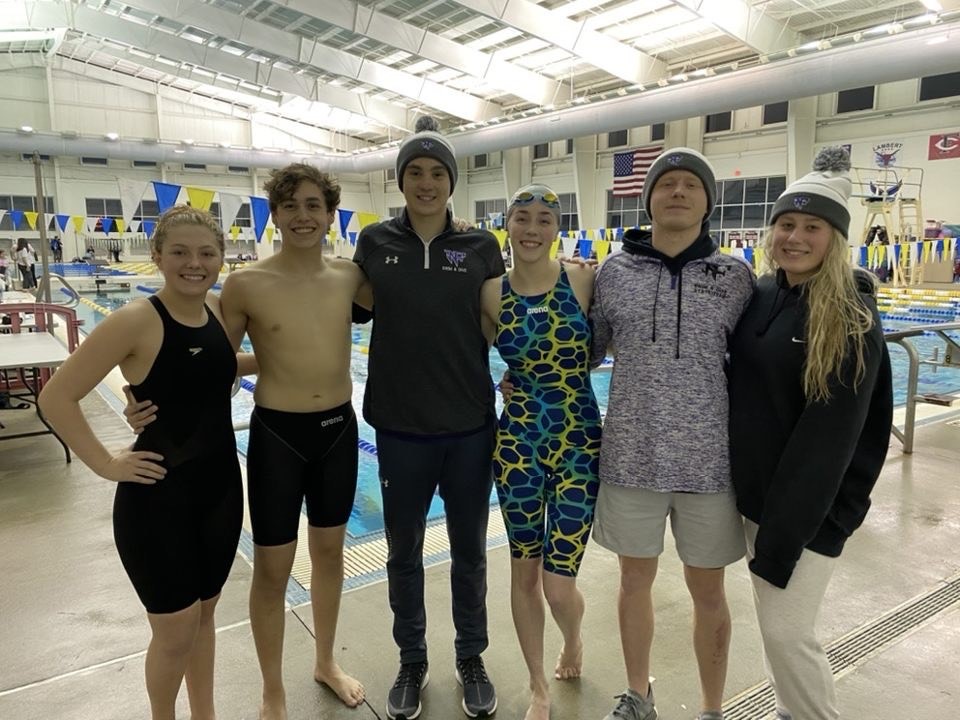 The Lady Raiders placed 4th at the Forsyth County Championship this past weekend. They were led by Junior Hailey Galbraith who was the county champion in both the 50 free & 100 butterfly. Hailey set new school & county records in both of those events. She also set the county record in the 100 free as the lead off leg of the 400 free relay and was a member of the 200 free relay that set a new school record.

The Raiders placed 6th and were led by Senior Alex Gonzalez who won the county championship in the 200 free and finished runner-up in the 100 backstroke, which set a new school record. Gonzalez also capped of his day by committing to swim at the University of Iowa next year. Junior Logan Cornelison also had a big meet finishing runner-up in the 50 free, breaking his own school record, as well as taking 4th in the 100 butterfly.

Overall the Raiders broke 5 school records & 3 county records. Below are some of the top finishes from finals this weekend:

The Raiders now turn their attention towards the 7A GHSA State Championship which will take place at Georgia Tech February 7th & 8th.